Pure Imagination is the most recent work by Micky Hoogendijk.

Eight images, four in sunlight and four in moonlight,​ based on the doll-house that Hoogendijk grew up with as a child.
It will be presented for the first time in the Netherlands by Eduard Planting Gallery during the PAN Art fair in Amsterdam, booth #121, november 22 till 29, 2015 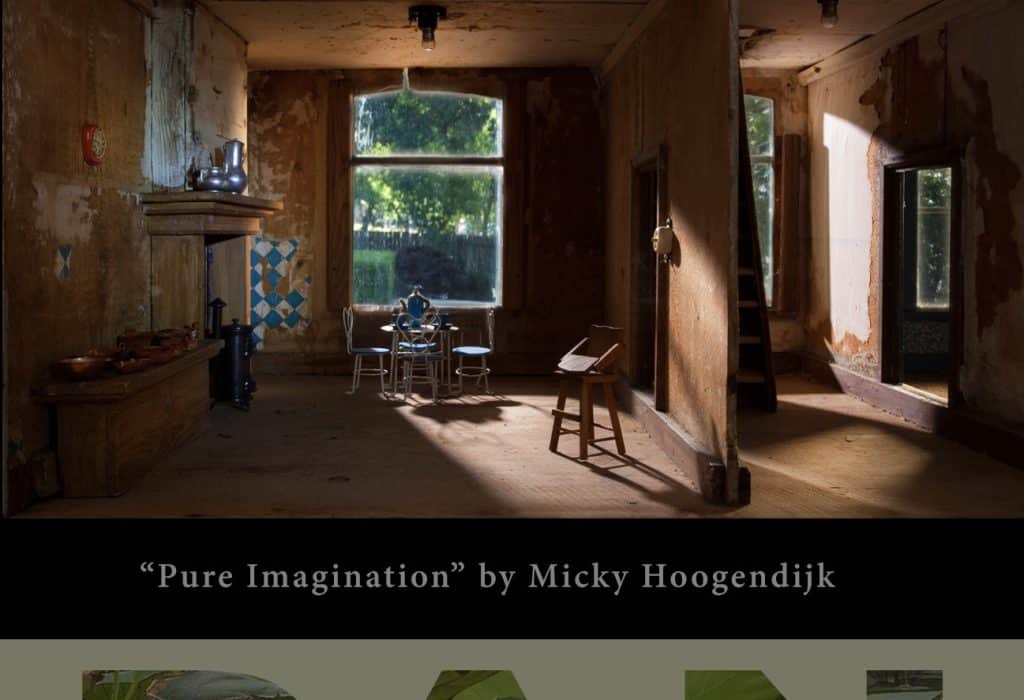 Micky: “This doll house was made in 1945 as a thank you gift to my grandfather, the art dealer D.A. Hoogendijk, by a jewish family who survived the Second World War with my grandfathers help.

Being the youngest grandchild it ended up in my possession.

As a little girl, for years I played with this doll house, dreaming just like all other children of  the things my life would bring to me. Later it became a beautiful object in my art collection. My mother who passed in 2009 always had the wish to redecorate and renovate this doll house together. For years I had this moving box with doll-house written on it in my garage.

After my divorce in spring 2015 and the anticipated move to Los Angeles I opened this box for the first time in thirty years. And in that box I only found objects for my doll house that told me the story of the things that didn’t happen in my life. They showed the void of all the dreams that hadn’t come through.

I places the doll-house in the backyard of my home in Austin TX and photographed it in two series. One in sunlight and one in moonlight. You can see the four rooms of the doll-house: two children rooms, the living/music room and the kitchen.

I call this serie “Pure Imagination”, inspired by the song of the music film Willy Wonka & the Chocolate Factory (1971) based on the book by Roald Dahl. In the lead role Gene Wilder sings: 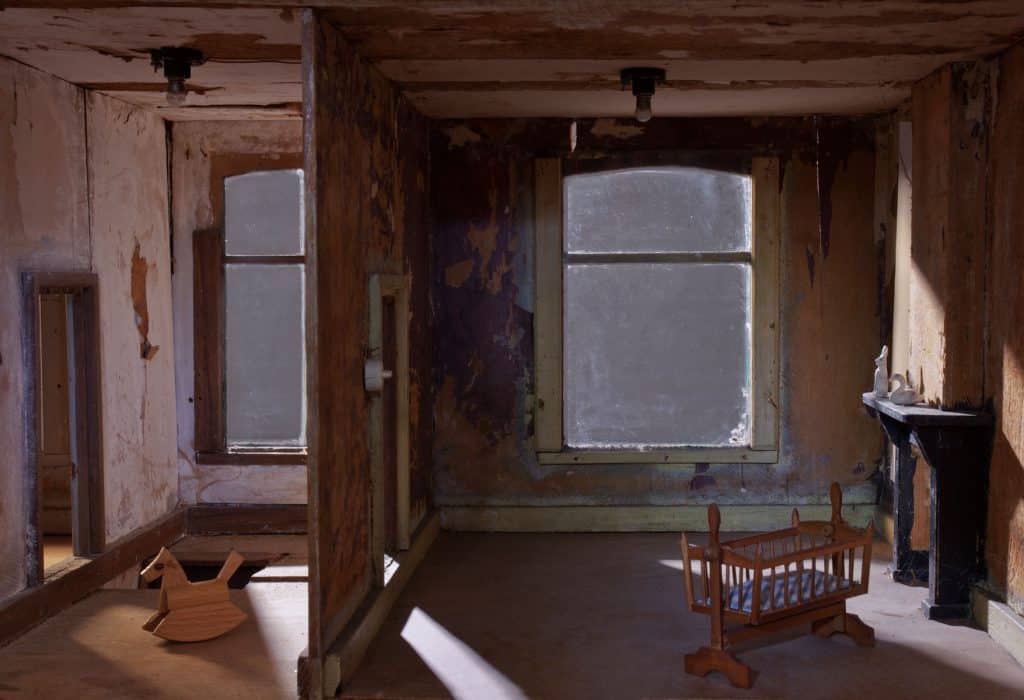 This song is an outstanding allegory for what I experienced when I placed the objects in the doll-house. Toys, tea parties, dresses, dreams, piano and  laughter. All these thing we are forced to imbibe as children, to coax us into a belief that as we grow up, life will serve up all of these wonderful, magical things and everyone will live happily ever after.

The reality of life is of course to each their own. But the blunt reality of life and it’s struggles, hardships, unexpected tragedy; that part of the story wasn’t included in that story we were told as children.

But “imagination”, “pure imagination” is such a beautiful instrument that we have and can use, also later on in life.

Imagine how things could have been and they are there, as long as you believe.

And this is exactly the reason that I became a photographer.”

If you want to view paradise
Simply look around and view it
Anything you want to, do it
Wanna change the world?
There’s nothing
To it