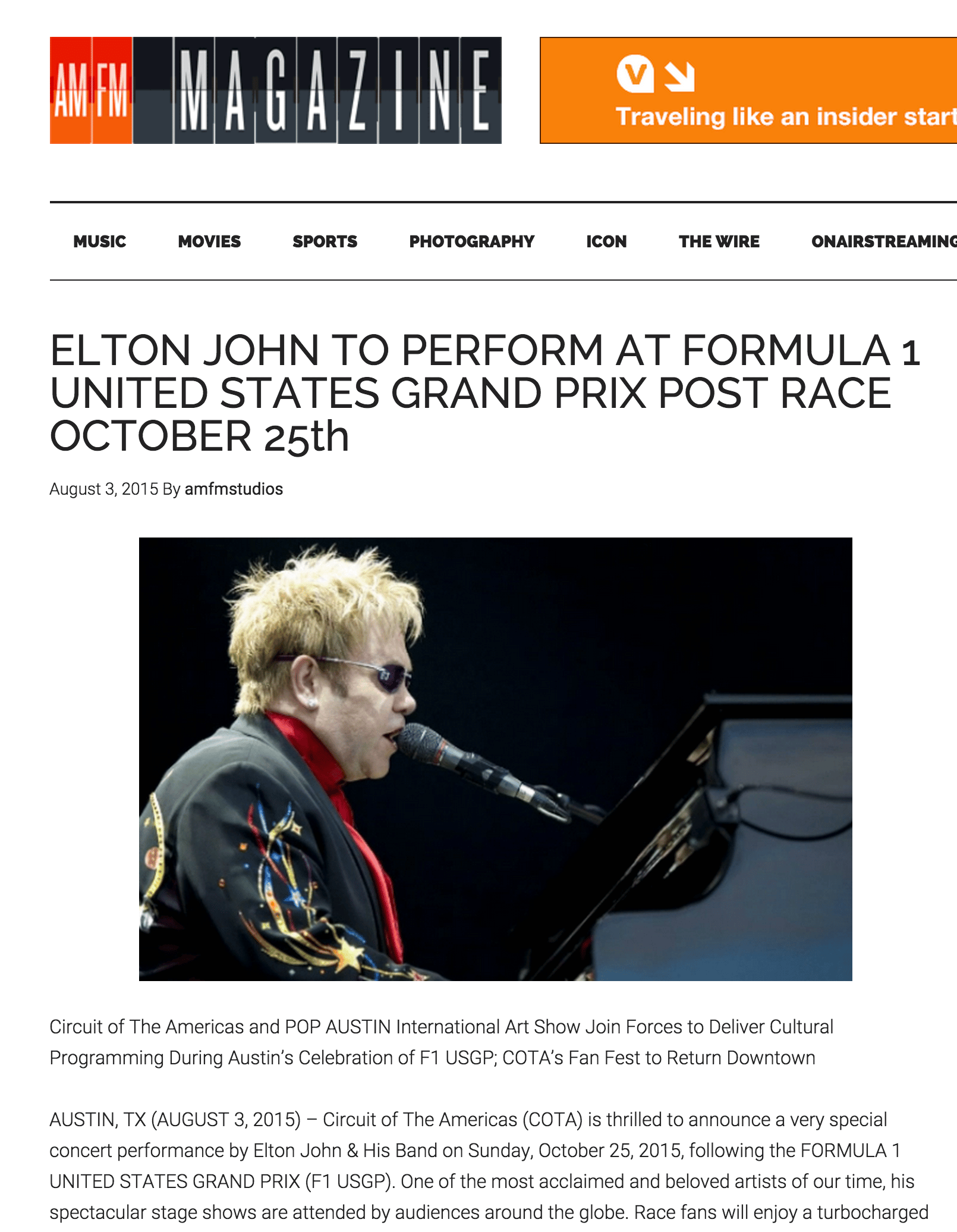 Circuit of The Americas and POP AUSTIN also announced today a special collaboration for the race weekend. Regarded as one of the most exciting contemporary art events in central Texas, POP AUSTIN International Art Show is expanding its footprint this year. It will not only return to Fair Market, but will host a satellite exhibit at Circuit of The Americas. The showcase at COTA will be available for the enjoyment of all race goers and will feature impressive collection of fine art, including pieces from Andy Warhol, Jean-Michel Basquiat, Richard Orlinski, Desire Obtain Cherish, Shane Guffogg, Micky Hoogendijk and others.